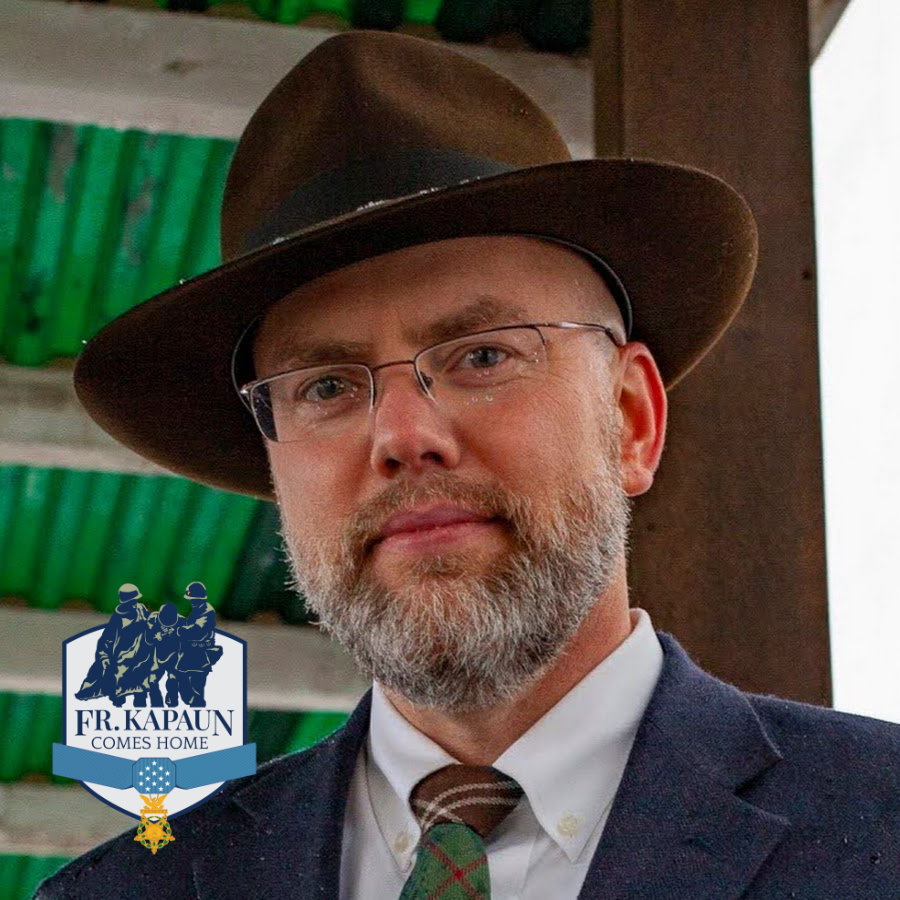 When They Bring Your Body Home: Jack Korbel

The first episode in our Father Kapaun Comes Home Series, where we will be highlighting Father Kapaun’s story and preparing for the return of his remains at the end of September.  Jack Korbel is a singer-songwriter who has long had a love of Father Kapaun, but who was so moved by the news of Father Kapaun’s remains being found that he put his talents to work writing a song in his honor.  In this episode let Jack- and his song- get you ready for Father Kapaun’s body to come home.