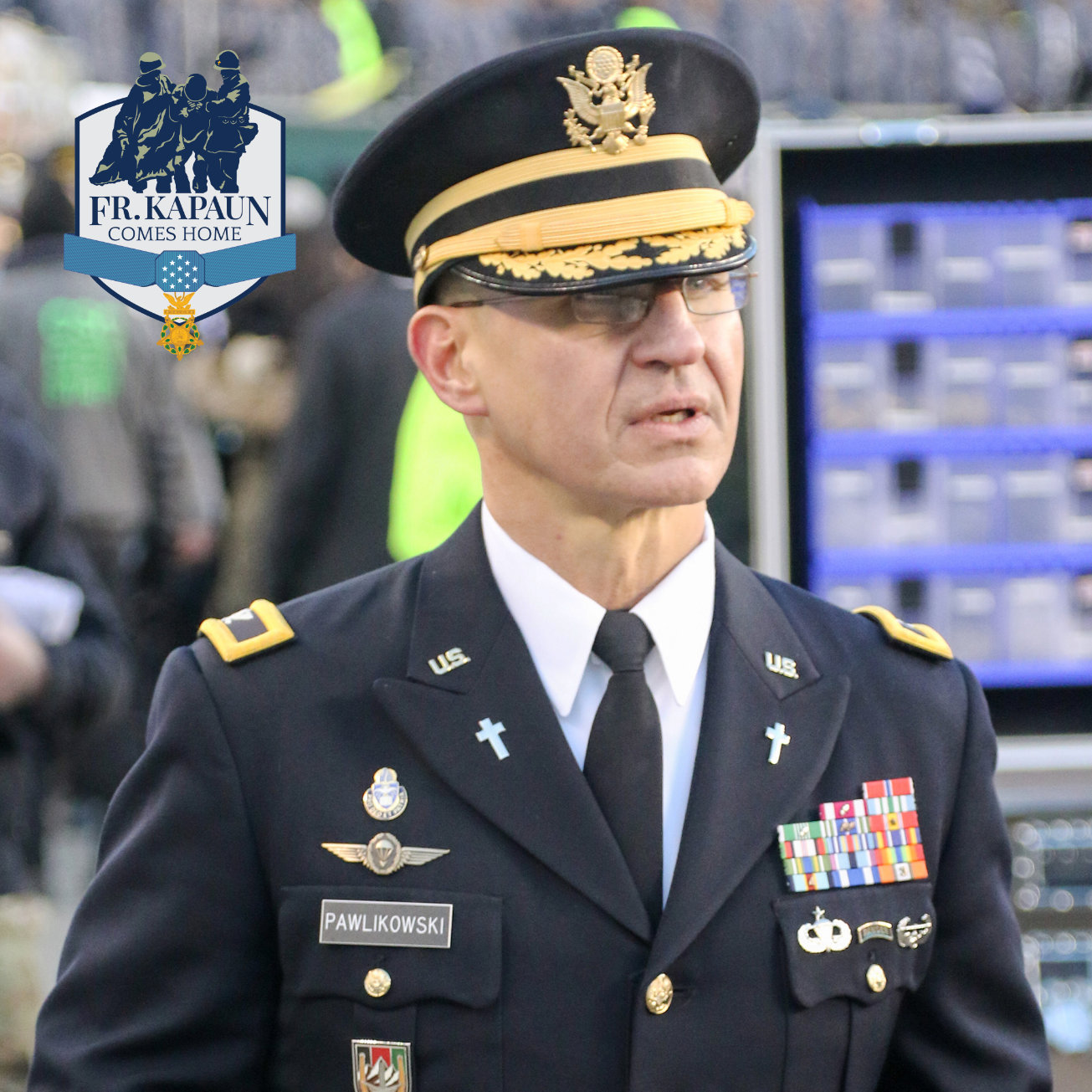 It’s the most impactful article ever written about Father Emil Kapaun, but it’s likely you’ve never encountered it.  Featured in the Saturday Evening Post, an enormously popular magazine, the article is told from the perspective of Lt. Mike Dowe, who met Chaplain Kapaun on a march to a North Korean Prisoner of War Camp.  The story is narrated in excellent fashion by Father Matt Pawlikowski, a Foxhole veteran and friend of Mike Dowe.  Get ready for an absolute treat, and share this episode with a friend.
This episode is part of our ongoing Father Kapaun Comes Home Series, leading up to the return of his remains and his Mass of Christian Burial at the end of September.  To learn more, visit KapaunComesHome.com.
Previous
|
Next